The perfect mix of classic and modern.

That’s Summit—a course that is playable for everyone but still challenging for the best players while offering an enjoyable and occasionally joyous walk.

Click on one of the designers for more information regarding the mark they left on Summit.

“Having thoroughly examined the proposed grounds for Summit, I would report that, in my opinion, a good course of eighteen holes could be laid out,” Cummings told the club in 1912. “In addition, I think the outlook and surroundings are extremely picturesque, which is always a consideration in selecting a golf course.”

Generally regarded as the best golf architect Canada has produced, Thompson played a central role in refining Summit into the course it is today. Noted for his work on courses like Jasper Park Lodge, Banff Springs, and Capilano, his bold bunkering and ambitious routing skills are fully on display at Summit. Thompson came to Summit following the war, with a budget of $16,000 and instructions to get the course into a championship state. Thompson had the course prepared for the official launch in 1921. For the second time, George S Lyon was in the first group to play the newly revised Summit. Thompson last worked on Summit in 1938, proposing a modernization strategy the club did not undertake.

A member at Summit for much of his life, Doug Carrick is often heralded as the best modern golf designer in Canada, a man responsible for many great modern courses, including Eagles Nest, Bigwin Island, Humber Valley, and Osprey Valley. The late Bob Cupp, a former associate of Jack Nicklaus and the designer behind courses like Beacon Hall, worked on Summit in the 1980s, but in the following decades, any changes to Summit have been guided by Carrick.

In recent years, under the guidance of Carrick and Summit's former GM and PGA Tour pro Ian Leggatt, Summit has undergone an ambitious plan to improve the playing conditions of the course. Carrick, who has worked on more than 25 of Thompson’s designs, rebuilt all of the course’s greens using modern agronomic practices, removed trees to open up vistas, added new tees for length, and completely reworked the course's short par 4 seventh hole, now called “Carrick’s Corner.” Carrick’s work at Summit has been widely celebrated.

Ranked highly in SCOREGolf’s Top 100 in the country, it is the ambition of the members to make Summit the No. 1 club for golfers in the country. That means making the golf course the central focus of the club, and in recent years architect Doug Carrick has undertaken an ambitious restoration of the club’s greens, making them among the best in Canada.

"Appropriately, the word ‘summit’ is synonymous with ‘pinnacle’ or ‘ultimate.’ In the case of the Summit Golf and Country Club, such a label is not really an overstatement on several counts."

"Compared to other cities of its size, there are fewer genuine old school hidden gems around Toronto. One pleasant exception is The Summit."

At Summit, we recognize the future of the game will be developed by engaging the next generation and showcasing why golf can be a part of their life. With that in mind, we’ve developed teaching programs designed to encourage children to learn and enjoy the sport. From summer golf camps to our golf academy and off-course family activities, Summit’s programming was conceived to involve your entire family.

With direction from General Manager, Chris Neale, Summit’s junior program is designed to instill a life-long affection for the sport. We love the game, and we want your kids to love it as well. 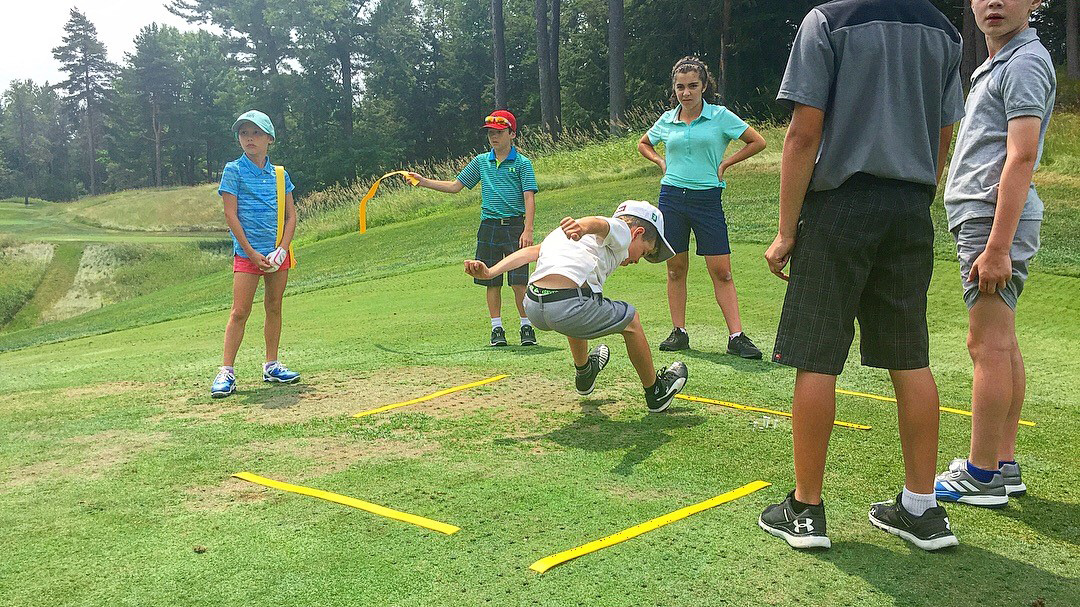